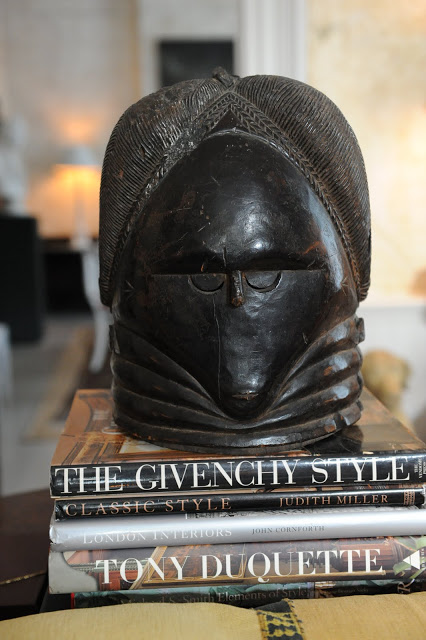 While having drinks with Colin Stair @ PM wine bar, we bumped into Frank Faulkner and Philip Kesinger. They cordially invited us to stop by on our way out of town….and Colin emphasized we really should go. Their home, he said, was not to be missed. He was right. 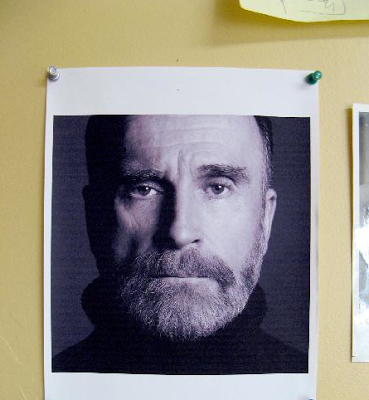 Little did I know that Frank was THE Frank Faulkner. Artist. Interior Designer. Collector. Just add the word “amazing” in front of each of those. 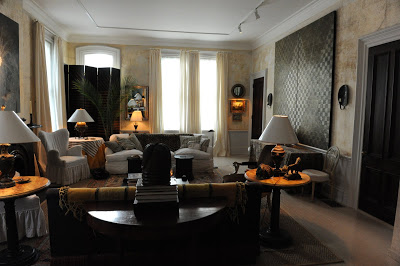 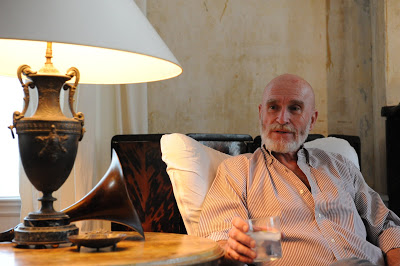 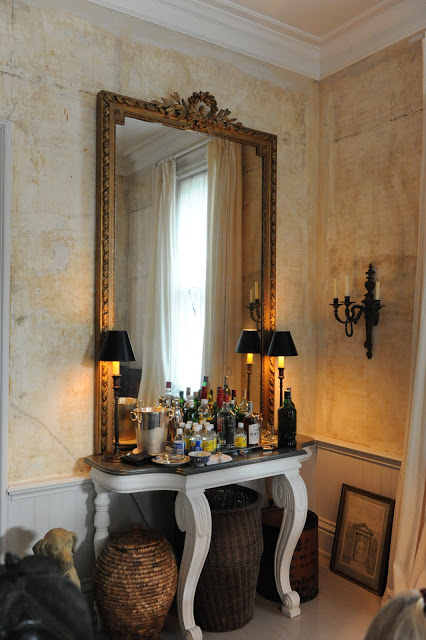 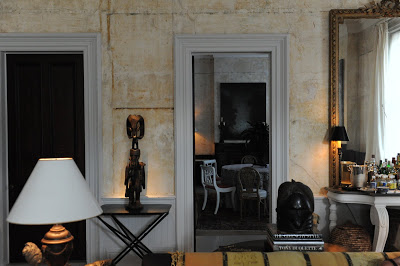 Gracious beyond measure, they invited us in and made us feel like we’d known each other for years. They had taken a 19th century building that had always been used as law offices, renovated it and created the warm and chic home you see in these pictures. 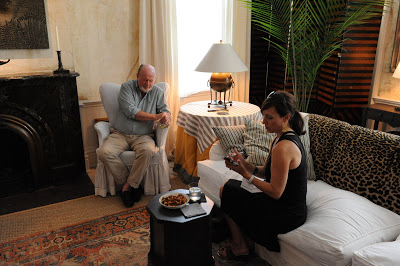 Philip shares his favorite antique shops in town with me. Don’t worry…I’ll share with you, too! 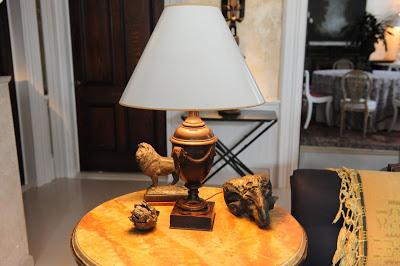 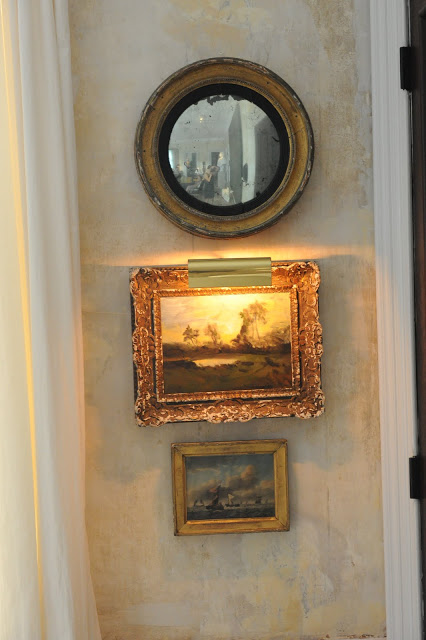 Born in South Carolina, Frank graduated Phi Beta Kappa from the University of North Carolina and subsequently received his MFA from there as well. His artistic talent garnered him numerous awards and grants, including an individual artist grant from the National Endowment for the Arts. Frank was selected for the Whitney Biennial in 1975 and caught the attention of Dorothy Miller, Curator Emeritus of the Museum of Modern Art. She was known to have a legendary eye for new talent.

Frank’s work is held in various museums and noted private collections, such as those by Nelson and David Rockefeller. 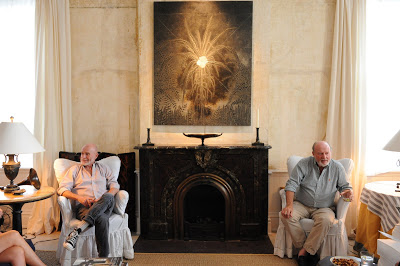 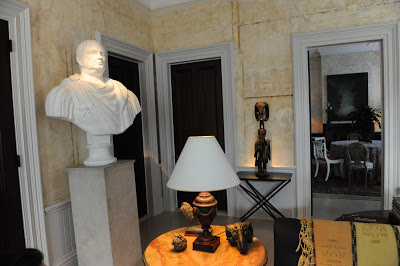 Frank is a noted collector, selecting antiques and decorative objects with a strong classical influence combined with quirky one-of-a-kind found objects. Many of these pieces, such as the horse skull above, have been published in national and international books and magazines on style and decoration, thus becoming part of the collective visual literature.
The gentlemen were on their way to fill up an inherited home in the South with many of their collected treaures, but hopefully they will replenish the Hudson studio and invite us back! 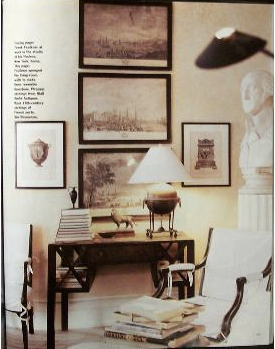 Here are just a couple of images that you may have seen in the pages of your favorite shelter magazines. Frank’s interior design work has been featured in so many that to see them all, you’ll need to visit his website. Here’s a sampling of where his work is featured:
Architectural Digest
W
World of Interiors
House Beautiful
Elle Decor
Martha Stewart Living
Veranda
Home & Gardens
Country
New York Spaces
And as with any dynamic duo, there is always someone who keeps the business side moving….and I want to credit Philip for that. Together, they are living a beautiful life. Now, if the rest of us could just have them do a room or two for us.
Special thanks to my friend, Alicia, who made these introductions and experiences possible.
xo, Elizabeth
images courtesy: Andrea Sullivan
« Lavender Haze
On the Road Again »