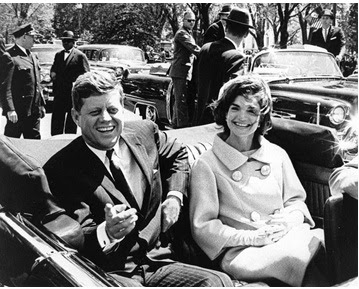 And, our country gained not only a handsome, young President, but the incomprable Jacqueline Kennedy.
Her style. Her beauty. Her grace and poise. Her time as our First Lady ushered in an era of elegance in the White House that elevated how our country saw itself.
When she arrived at her new home, at the age of 31, Jackie worked tirelessly to restore, not simply redecorate. I think if she were alive today, she would have been an ardent supporter of 1st Dibs.

Jackie also entertained with ease, yet it was her tireless attention to detail that made it seem effortless.
She gave great thought to what she wore and how it set the tone for her events. As someone who prized her privacy, I think she would have been a fan of Net-A-Porter and Bergdorf online. 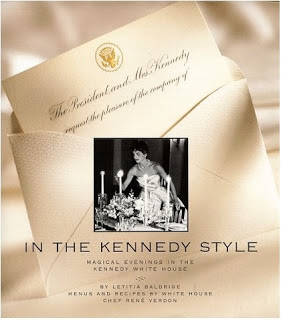 To learn more about how Jackie orchestrated memorable occasions as First Lady, read  In The Kennedy Style ~Magical Evenings in the Kennedy White House by Letitia Baldridge.
It is worthwhile to have in your library for both its historical references and lessons on hospitality.

After her husband’s death, Jackie dedicated herself to the establishment of the JFK Presidential Library. I think she would have been proud that the entire John F. Kennedy Presidentail Archives have now been digitzed and made available to all.
Though she may not have had a Facebook page of her own, I think she would have enjoyed that we can all sign up for Tweets, Facebook updates and Podcasts from this body of historical significance. 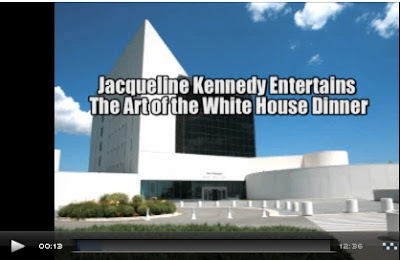 Including this video on how she entertained in the White House.
So, on this anniversary of Camelot, think of the woman who helped shape our history, our fashions and how we aim to entertain. Jackie, you were one of a kind!