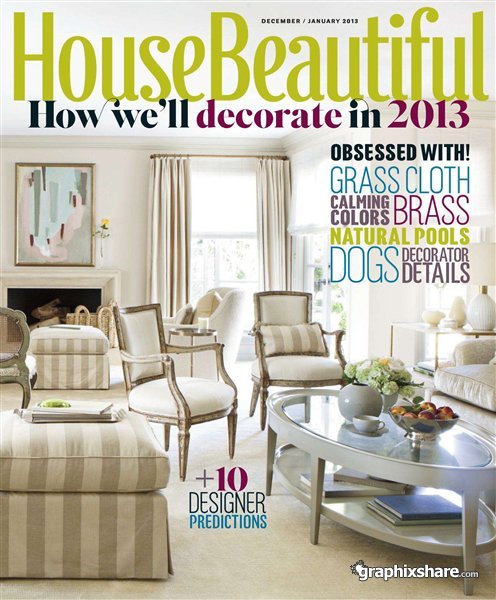 You’ve seen the Dec/Jan 2013 issue of House Beautiful, right?! So many gorgeous projects were highlighted. But, one feature in particular had me extra excited! Kitchen of the Month.

Double islands. Amazing light fixture. Mirrored cabinets. Designed by the immensely talented Louise Brooks! If that wasn’t enough, I had been in this kitchen, as it belongs to my friend, Lisa. 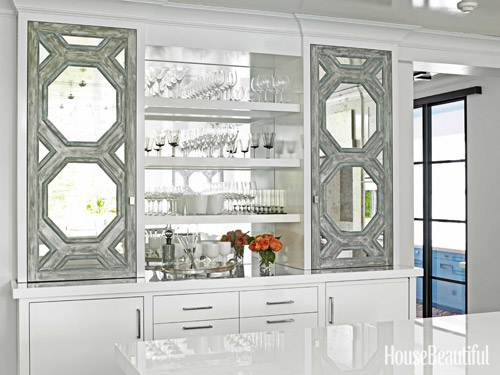 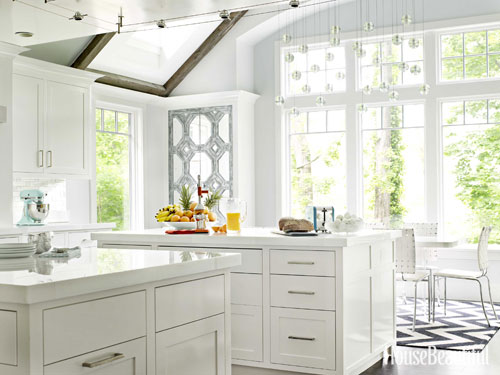 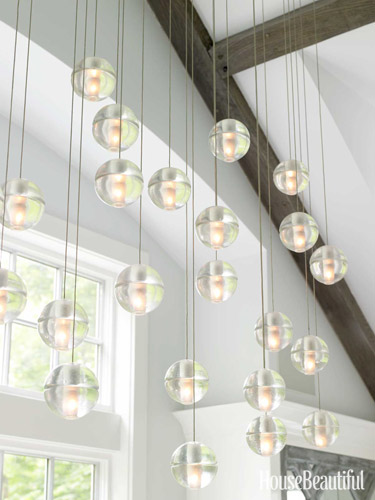 I couldn’t resist getting a photograph of Lisa in her kitchen, holding this month’s issue. As Louise (who is also a co-owner of the fab line Oomph) was interviewed by House Beautiful for the article, I thought it would be fun for me to interview the homeowner. So, for all you that dream of having your home in a major shelter magazine or just dream of the kitchen you want to create….read on! 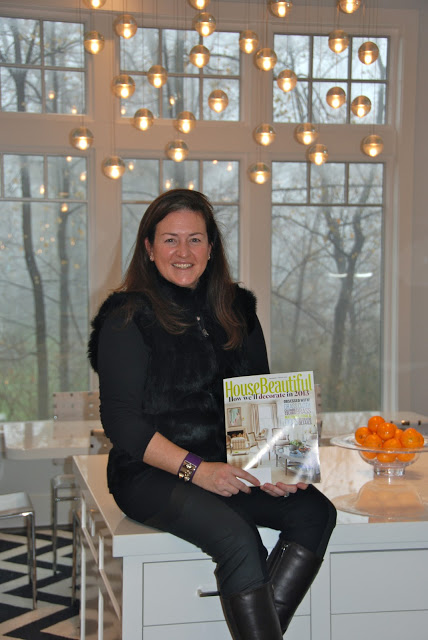 PPT: How did you decide to use Louise Brooks as your architect/designer?

Lisa: A friend had used Louise on her house renovation. The job was beautiful so I knew I definitely wanted to speak with her. After our initial meeting I knew she was the one for us, as we hit it off immediately and I really felt like she understood my aesthetic, but at the same time would have great ideas to share. I have to say, given that she was a woman was also a plus as I very much felt (especially with the kitchen design) that she knew instinctually how I would function in the kitchen on a daily basis. That was really helpful when it came to the layout. 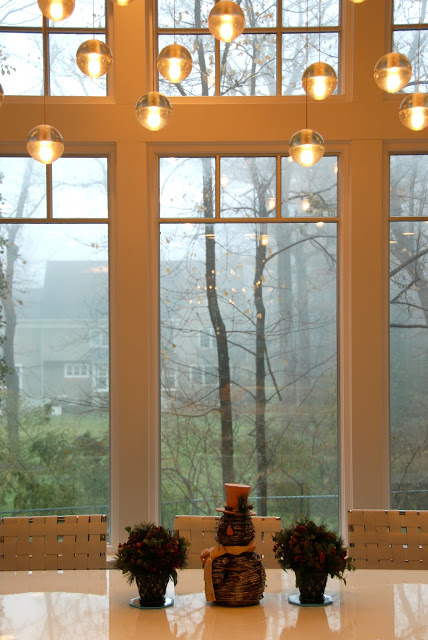 PPT: This truly is an amazing kitchen…what was on your dream list that you gave to Louise?

Lisa: Hmm…I knew I wanted more space, as my old kitchen did not work very well in terms of flow. We had also grown out of the eating space. So giving us the room to move was important. I also very much wanted a kitchen that felt light. Louise really captured that in the kitchen table area, as it has a real feeling of bringing the outdoors in. From every angle you get a sense of the nature that is around us and from some seats you even get to see the water, which I love.

It was an interesting process as the pictures that I had pulled over the years seemed outdated by the time we actually started building. So, the layout was very much the same, but the design elements became much more modern and sleek. Louise and my decorator, Charlotte Barnes, both encouraged me to keep some softness in the room so it would not feel too cold. I think the beams and mirrored doors at either end of the room help to keep the room warm. 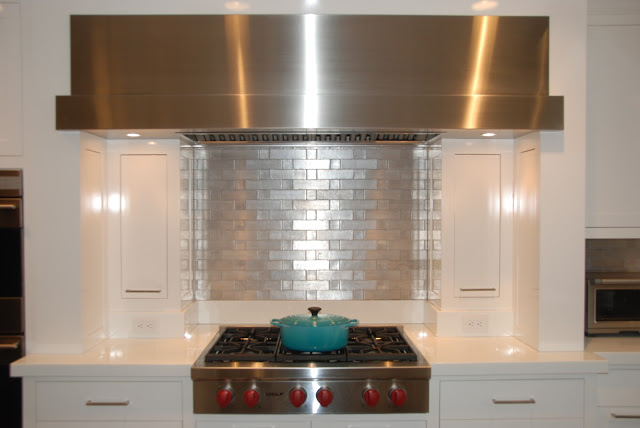 PPT: What are your favorite aspects of your kitchen?

Lisa: I adore my lights! I was adamant that I was going to have that Bocci light fixture. I think it was one of the first things I chose.

I also love my Glassos countertops. They have a real sparkle to them – and I am very much a sparkle girl!!! I knew I wanted something eco-friendly but also easy to maintain, especially with 3 young children.

I think my cabinet and bar doors are super fun as well! I had seen a picture of similar doors in a magazine. The doors I saw were in a dressing room, but they were really cool and I could not get them out of my head.

One funny thing….everyone seems to ask about the floor. It is a linoleum, and believe me…I was very skeptical in the beginning. My decorator suggested it and encouraged me to look at the Amtico website. I knew I did not want hard wood floors, as I thought of having to redo them every few years and that was not for me. I had picked a great ceramic tile which was very similar to the look of the linoleum. My mom, ever the voice of reason, said the ceramic would be hard on my back over time and we would also have many broken plates and cups. Once I got the sample I was hooked – plus I love the silver grout! 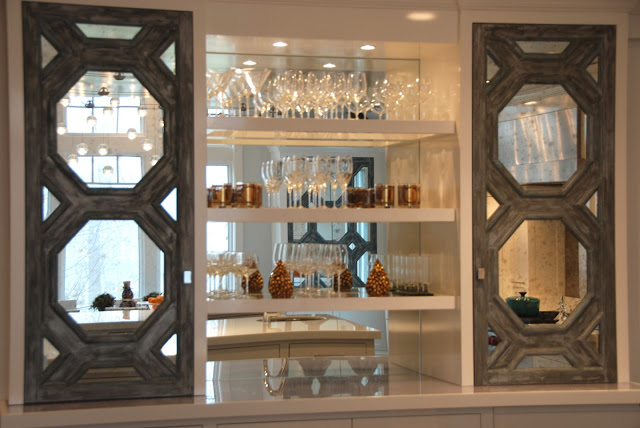 PPT: How did the House Beautiful shoot come about?

Lisa: Eddie Ross had kindly donated his time to come and teach a bunch of the Rye ladies about how to “decorate on a dime” for the holidays. So I organized a breakfast and Eddie and Jaithan Kochar came and gave a great presentation. Eddie was super complimentary of the kitchen and asked if he could take some pictures to submit to House Beautiful, where he had worked and still had friends. So, he submitted the pictures and a few months later I got an email that they were interested in shooting it for the “kitchen of the month” column. And here we are!!! 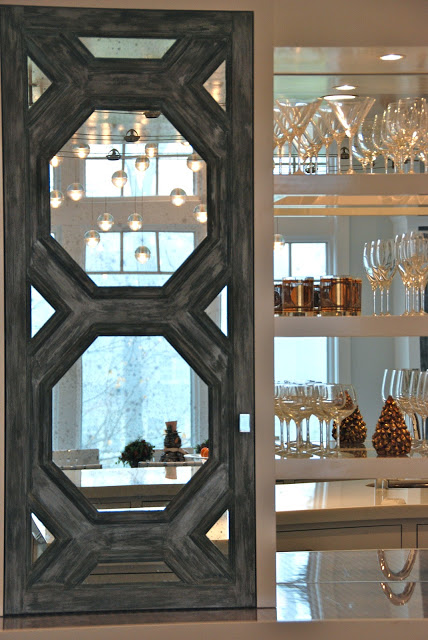 PPT: How does it feel when you open up a top tier shelter magazine and see YOUR home in it?

Lisa: I have to say it is awesome!!! I had been in the Stop & Shop a few weeks back and I saw that there was a December/January issue, so I raced to the magazine aisle and grabbed the new House Beautiful. People around me must have thought I was crazy as I was smiling from ear to ear as I flipped through the pages. I bought five copies as keepsakes and for family. Of course my husband was not quite as excited, as he kept saying, “why do you keep looking at the magazine, you are standing in the actual kitchen?!” It was a great compliment and a fun memento for us! 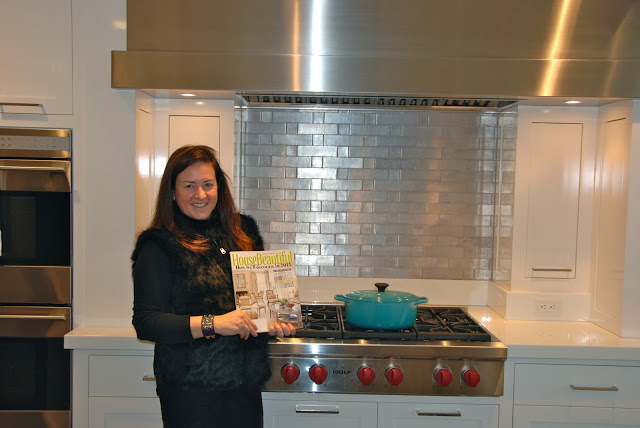 Thank you, Lisa, for opening up your home and giving us a sneak peek behind the scenes!

« Berries & Magnolia Branches
Angels We Have Heard On High »