Earlier this month, the Costume Institute held its annual Met Gala to celebrate the new exhibition, China: Through the Looking Glass.
No doubt you saw some of the costumes worn by recognizable names in music, film and fashion. That drew attention to the event, but the real story was inside the Met. 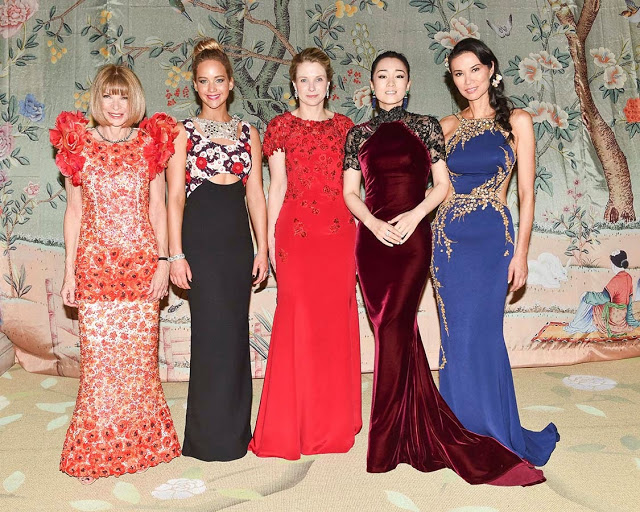 The exhibition documents the impact of Chinese aesthetics in Western fashion, film and culture; examining the strong influence China has played for centuries. De Gournay, the luxury hand-painted wallpaper brand from London was chosen as a leading force behind the Gala’s design because of their use of traditional Chinese artisan methods. 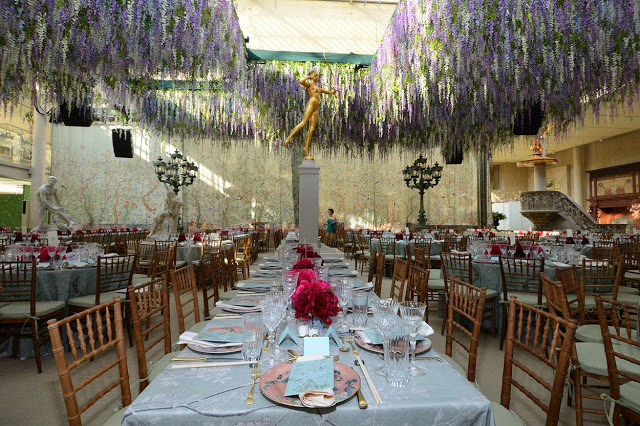 The brand’s Chinoiserie designs were used throughout the event.
Earlham, a Chinoiserie design inspired by antique panels found in the Victoria and Albert Museum in London was used on a 40 foot hand painted feature wall.
The firm’s Chatsworth design in Sung Blue was used to create the iridescent tablecloths. 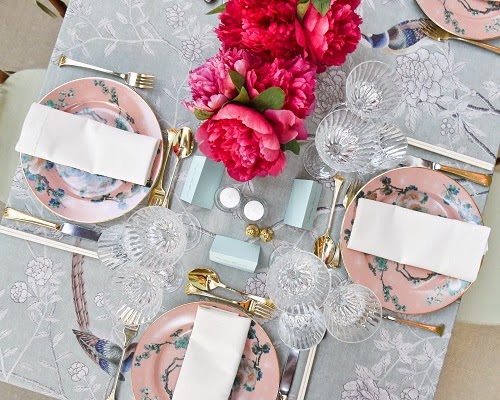 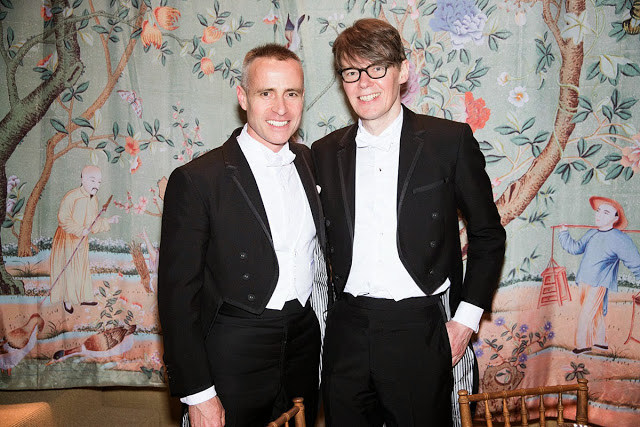 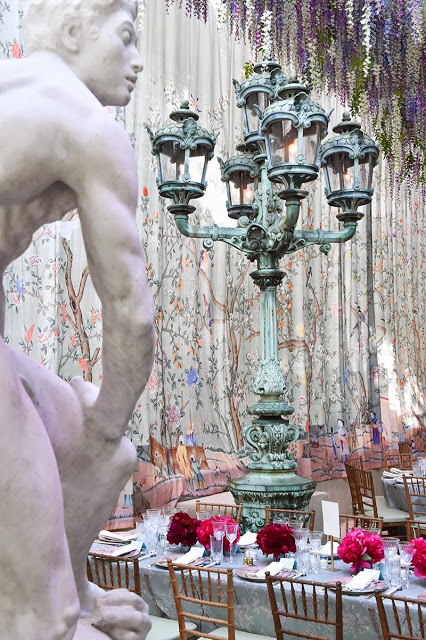 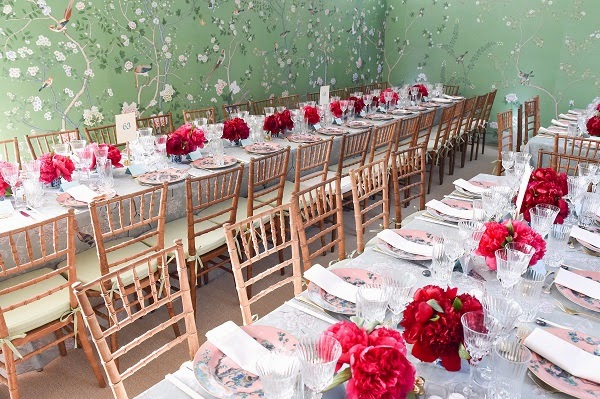 With a son who has spent the past 2 years learning Chinese, I am keenly aware of the influence this culture has had for generations past and will have for generations to come.

If you find yourself in New York City this summer, be sure and stop by to see the exhibit, which will be open until August 16th.

Here’s to looking forward to the weekend! Make it a great one!

images: courtesy of The Metropolitan Museum of Art/BFA.com