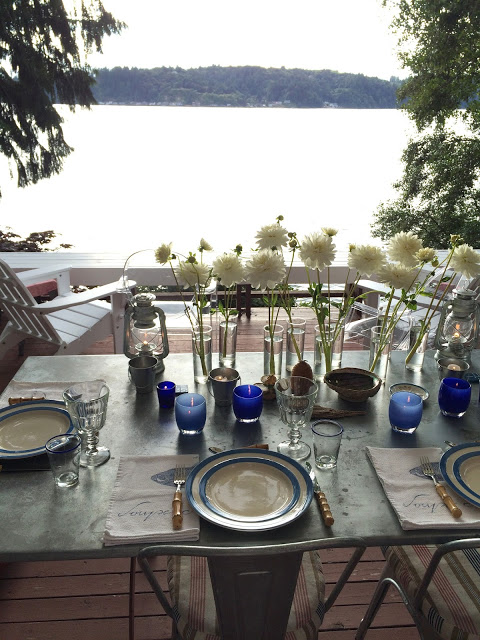 Have you ever wondered what it feels like to be in one of those homes on the cover of a magazine cover? I certainly have. And, now I know. It’s pretty darn amazing.
During my trip to Seattle, I was invited, along with friend and interior designer, Marianne Simon, to visit Ted Kennedy Watson at his weekend home, which he shares with husband, Ted Sive, on Vashon Island. You may have seen it on the July/August cover of Flower Magazine. If you’d like to read the article, click here. 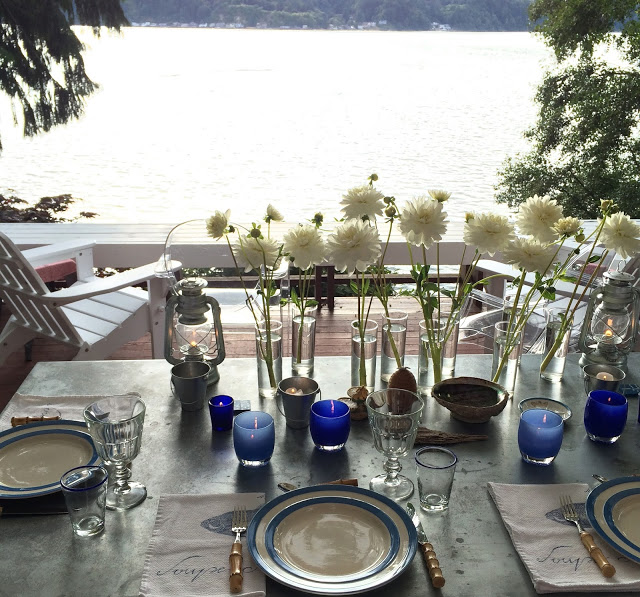 The setting was heavenly. Reached via ferry from Seattle, along winding roads, we descended 8 flights of stairs to this oasis high above the water’s edge. The table was set in true Ted style….blue and white, glassybabys lit, fun objets that I’m only now really seeing as I look back upon the photos. That’s what’s so fun about a table setting at Ted’s. There are so many layers. 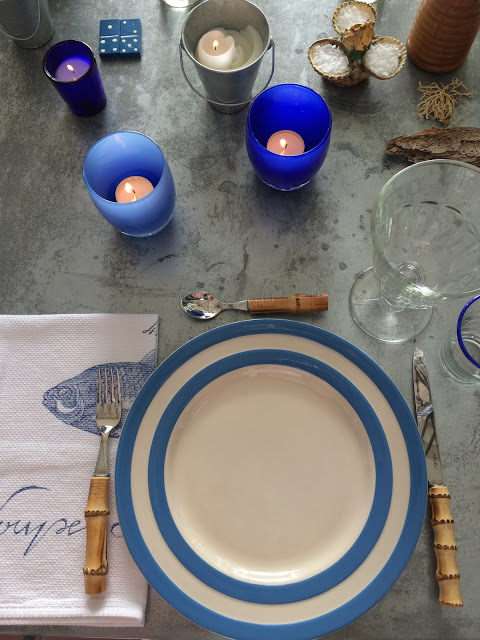 Individual dahlias, lining the center of the table, created a big impact. 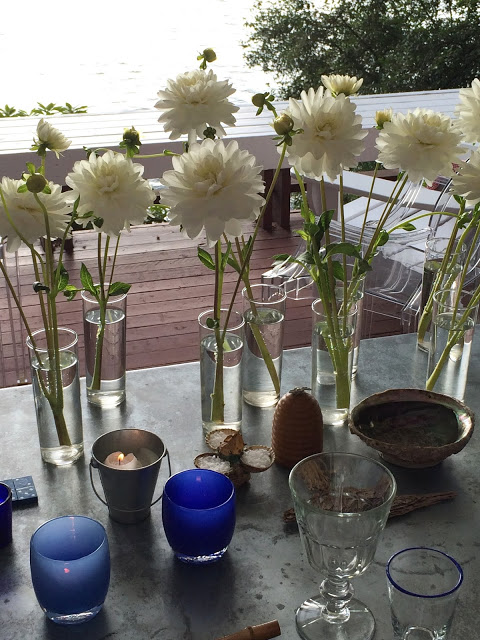 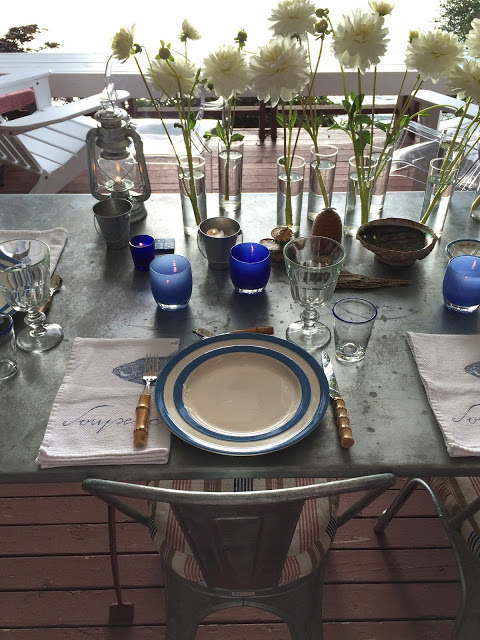 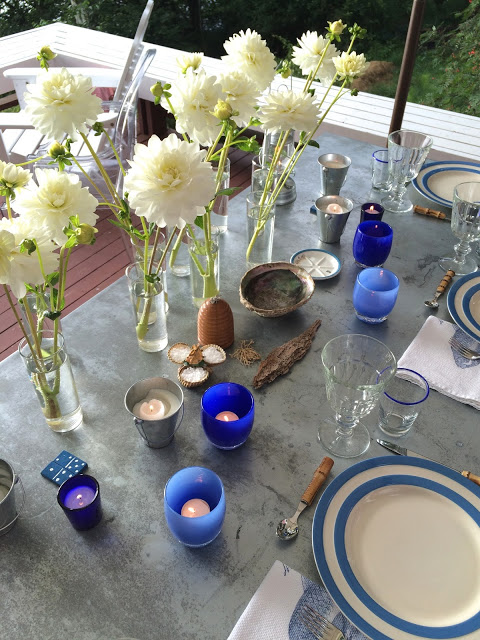 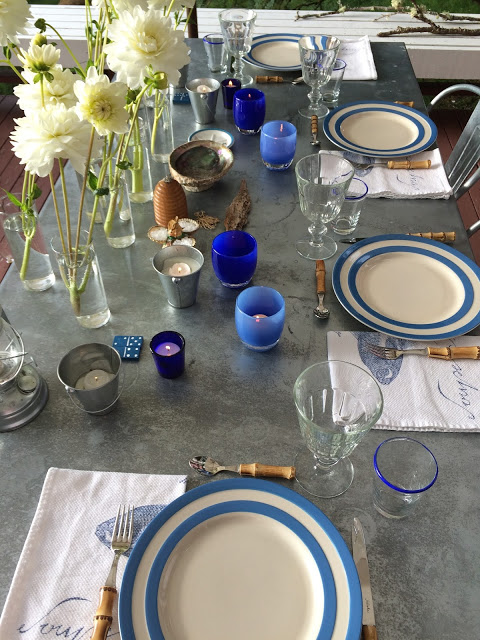 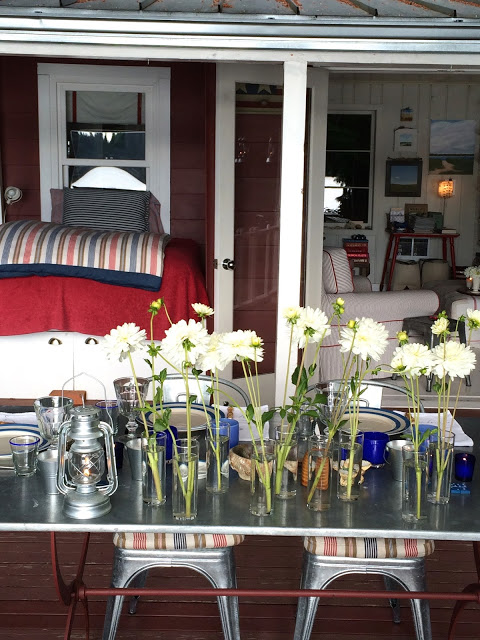 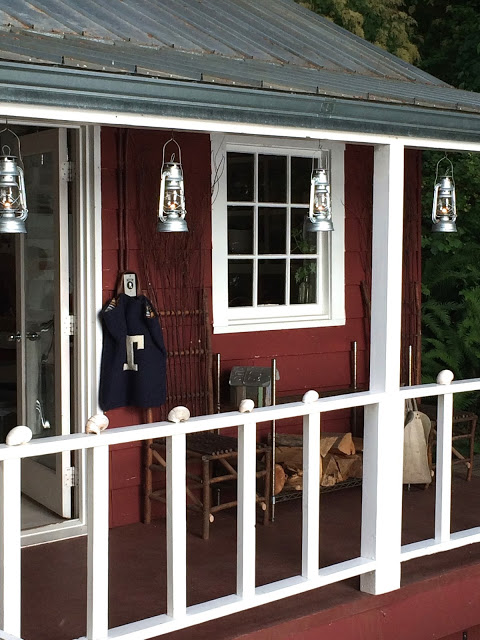 Our appetizers were a treat for the mouth and the eyes. We tried out some new items that Ted will begin carrying at Watson Kennedy. Everything got a thumbs up! The Inna jam is so crazy good that I had to ship a couple of jars home! Made in small batches, it is delicious! 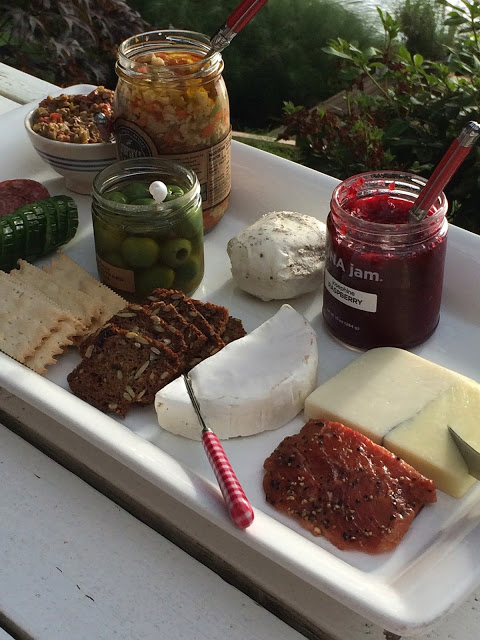 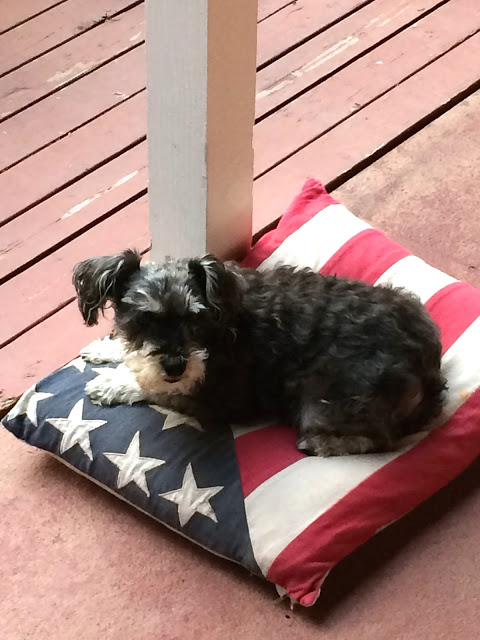 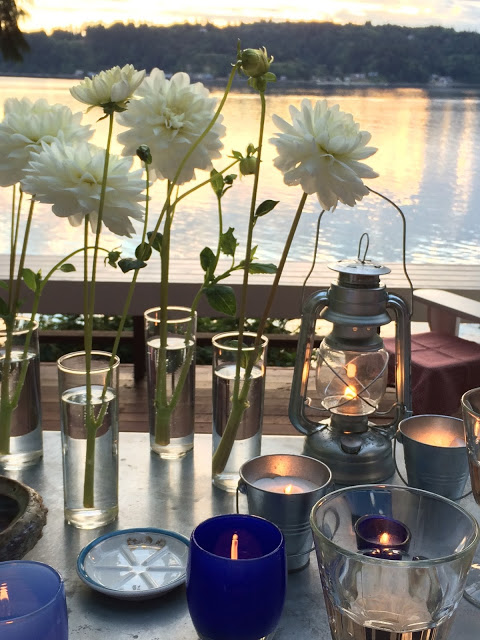 As we enjoyed a delicious dinner and the sun set in the distance, we talked and laughed until it was time to catch the ferry home.
Hospitality is about creating an inviting experience in your home…whatever your style. And, that is something Ted has in spades!