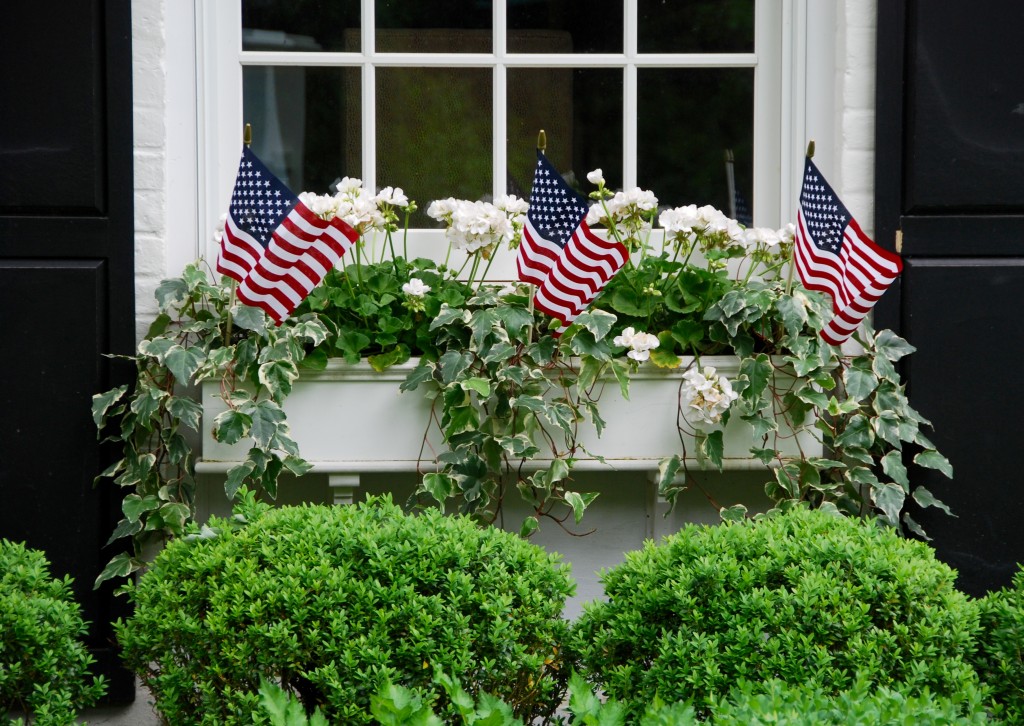 Amidst the bar-b-cues, boat outings and general merrmiment of a long weekend is a day with meaning. I decided that I didn’t have enough flags on the house, so I’ve added them to the window boxes, as a sign of gratitude to the men and women who serve and have served.

Many of our families have served in the military, so today I want to honor my family members who served so bravely.

My great-uncle John, was in the Battle of the Bulge in WWII and lived to tell about it. My Uncle John, is a physician and enlisted after medical school and was stationed at a forbidden weather station in Newfoundland, during the Korean War. My Uncle Marion wa drafted into the Navy (in the middle of his residency at Vanderbilt Medical) and was sent to Vietnam. He was stationed on the USS Sanctuary were he operated on numerous soldiers and civilians. My Uncle Jack served in the Air Force in Vietnam. He was a side gunner on a helicopter flying in ammo and flying out the dead and wounded. All made it home safely. 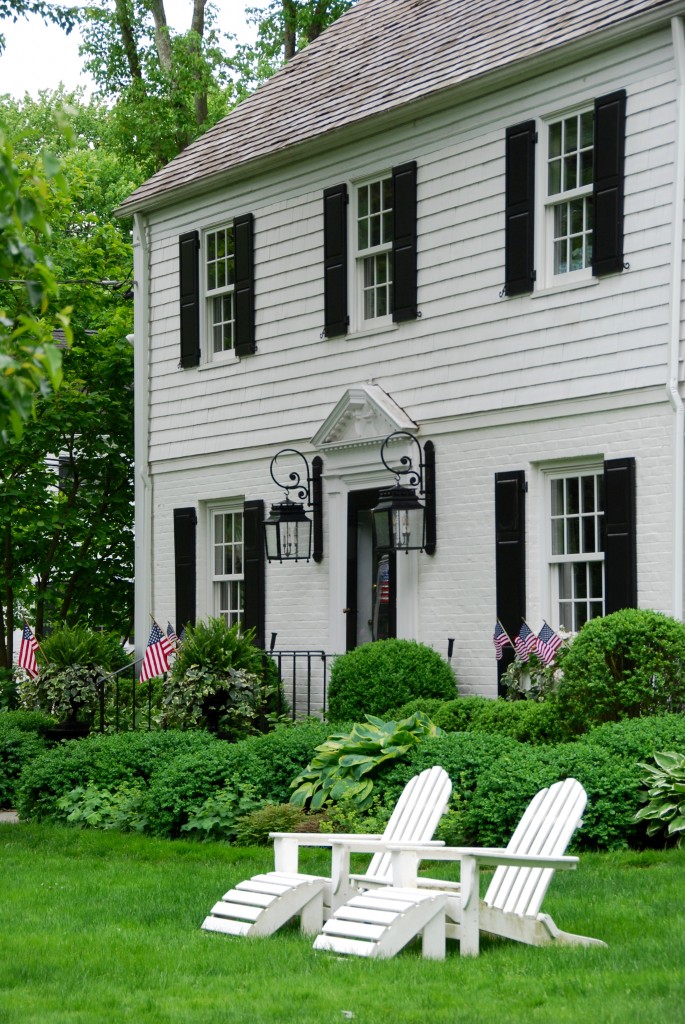 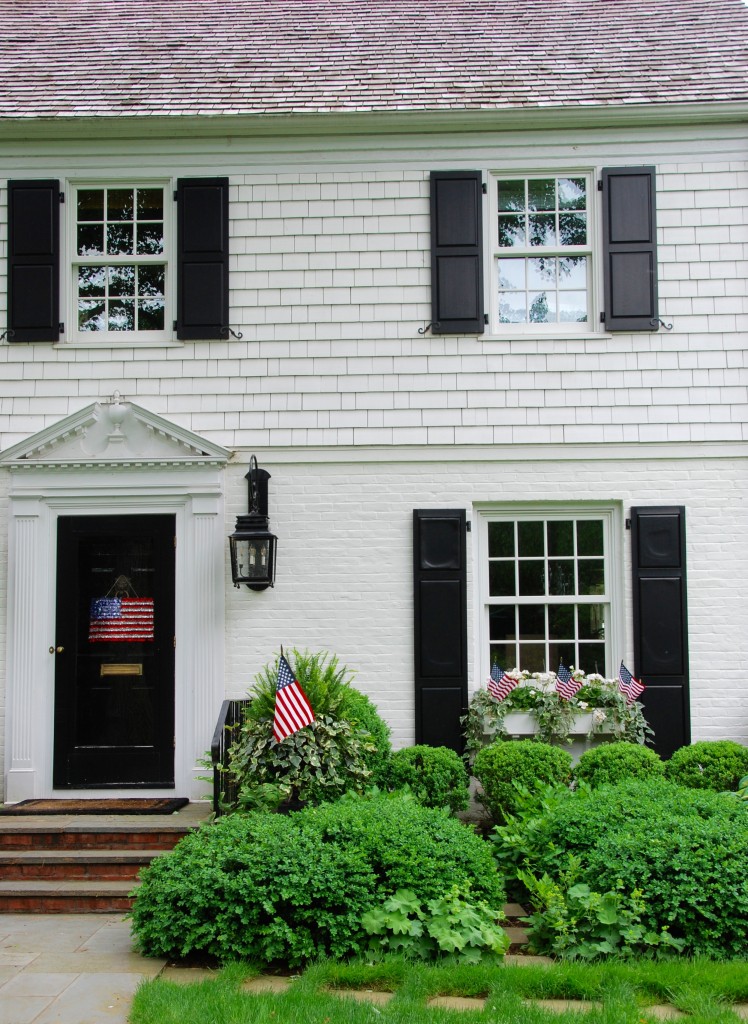 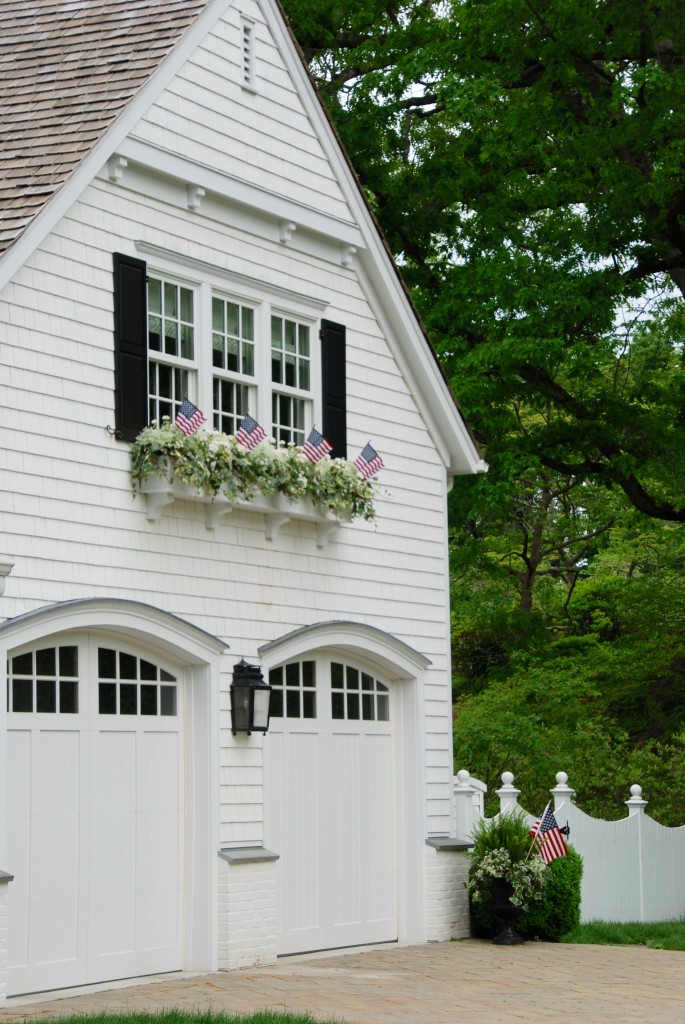 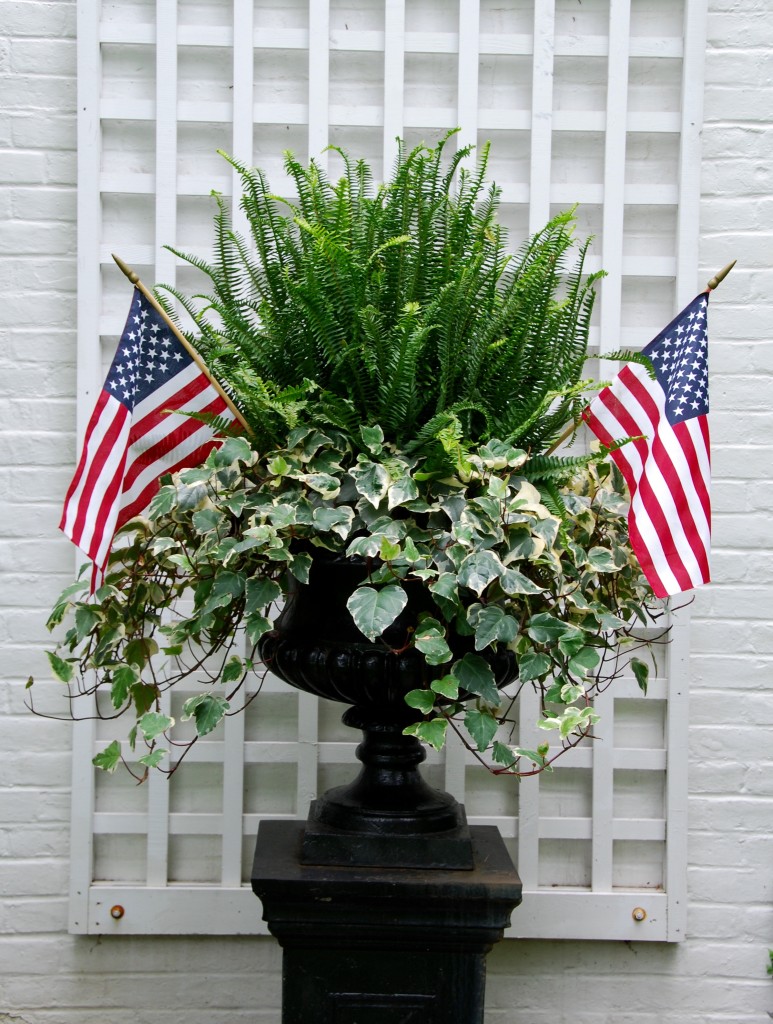 I fly the flag for them and all of those who have so bravely served and protected our country. Happy Memorial Day!

« Cheers to the Long Weekend
The Decorated Home – Meg Braff »