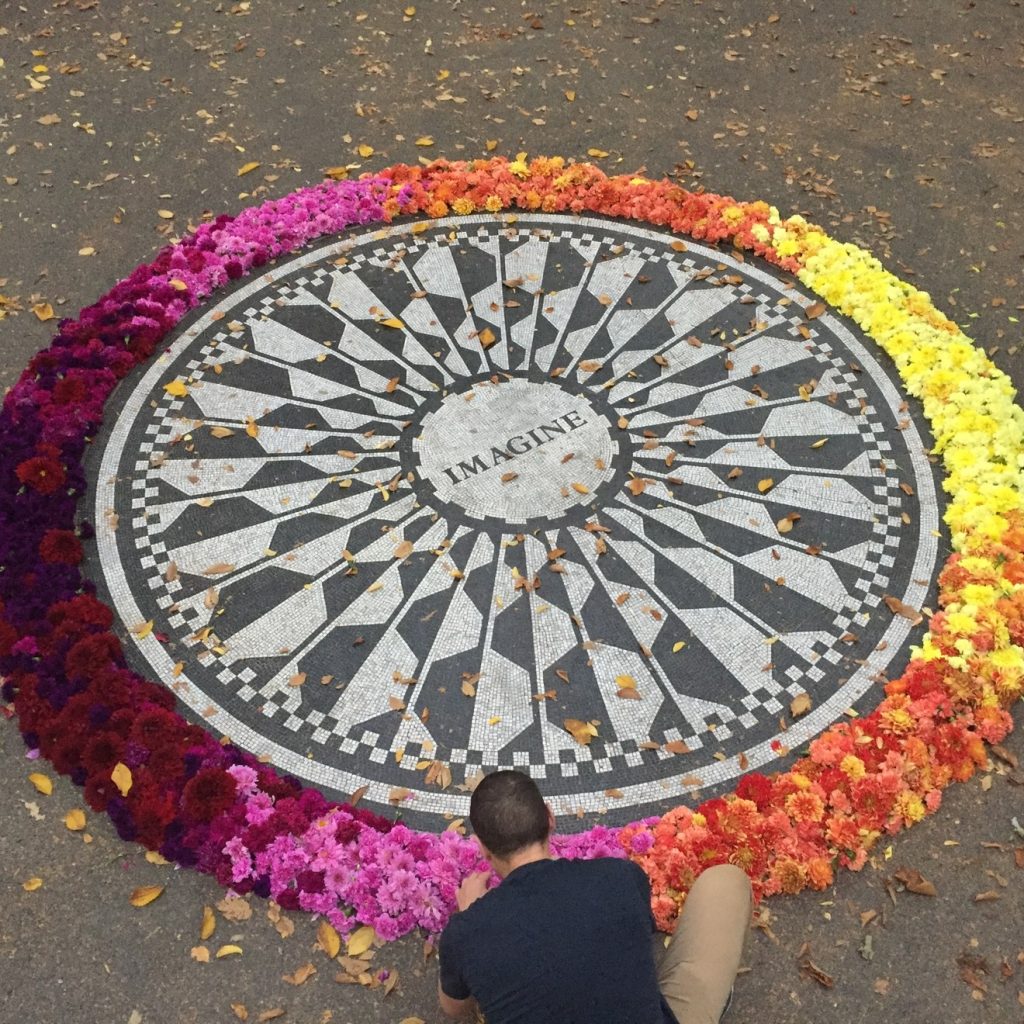 At unexpected times and in unexpected places, abundant installations of flowers can be spotted in NYC.

Much like a flash mob seemingly comes out of nowhere, these flower flashes pop up when and where no one really knows….except Lewis Miller of Lewis Miller Designs. He’s like Santa leading a group of elves that install mounds of  flowers, usually left over from one of their over-the-top events (Vogue, Tory Burch, The Met, NY Public Libary, Chanel, Netflix to name a few), before sunrise.

If you stumble upon a trashcan overflowing with beautiful blooms or notice one of the statues in Central Park seems adorned, look for the moniker LMDxNYC, which the team sprays with chalk to say they were there.

In a city that can often be gritty, these surprising street bouquets are like love letters to Manhattanites and all who encounter them. Often appearing in Instagram posts, the joy they bring is evident. And, they are not meant to be static. Take a handful of flowers. Snap a selfie in front of them. And, before you know it the flowers will have faded and the team has already begun planning their next target! 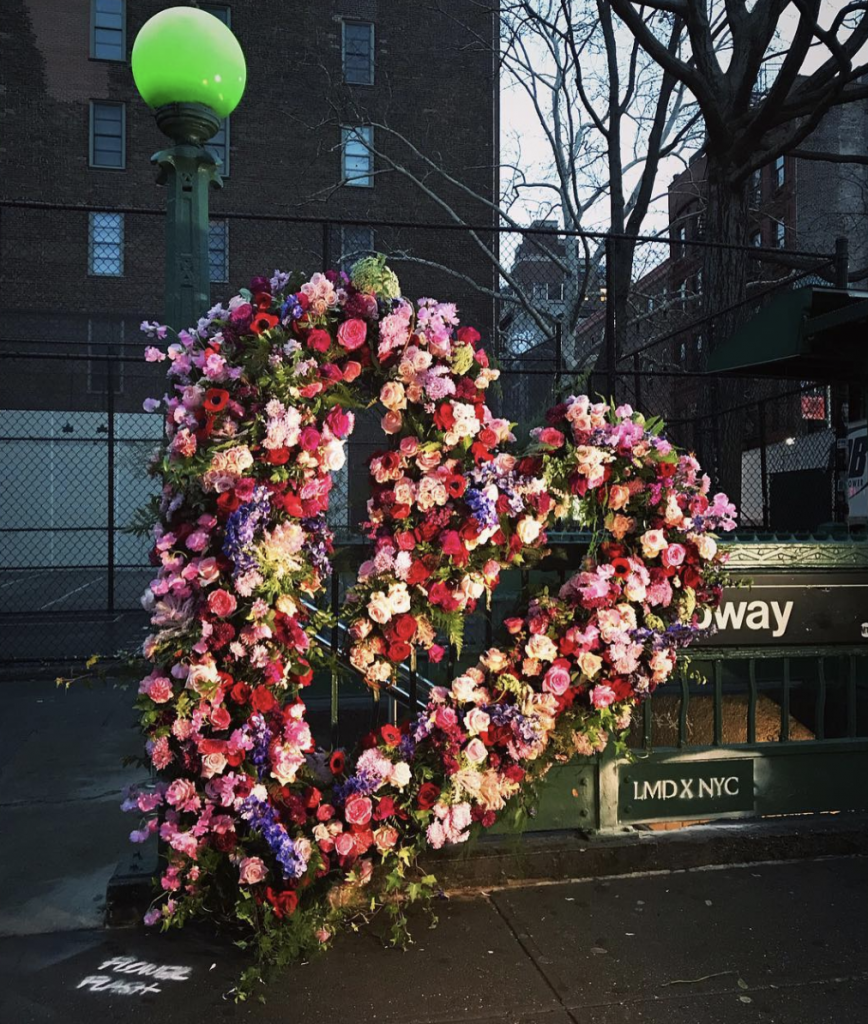 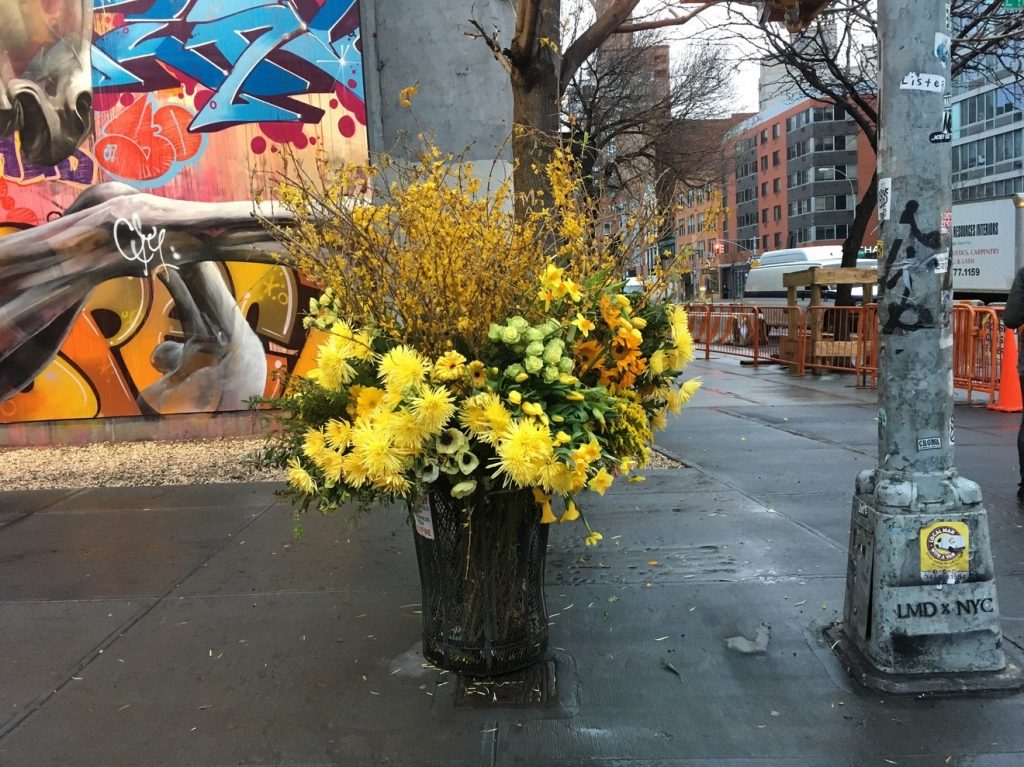 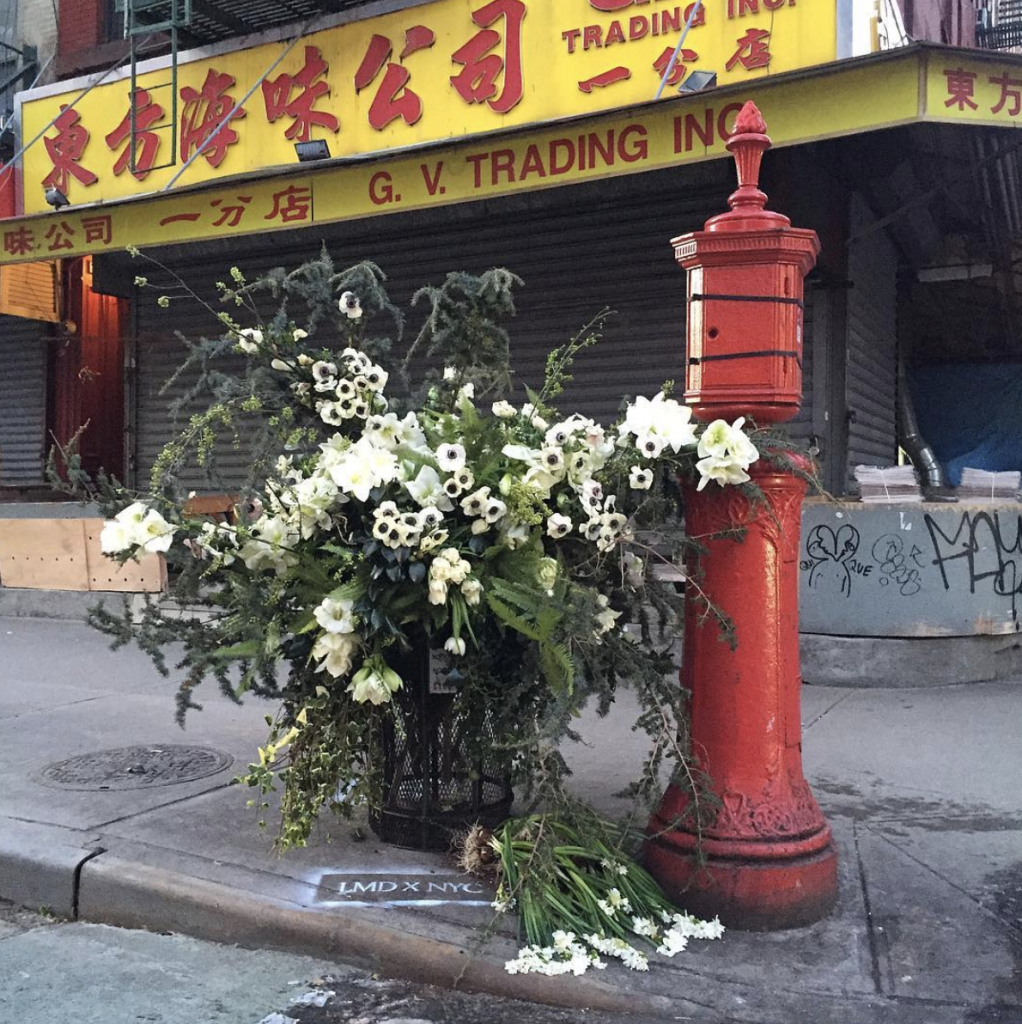 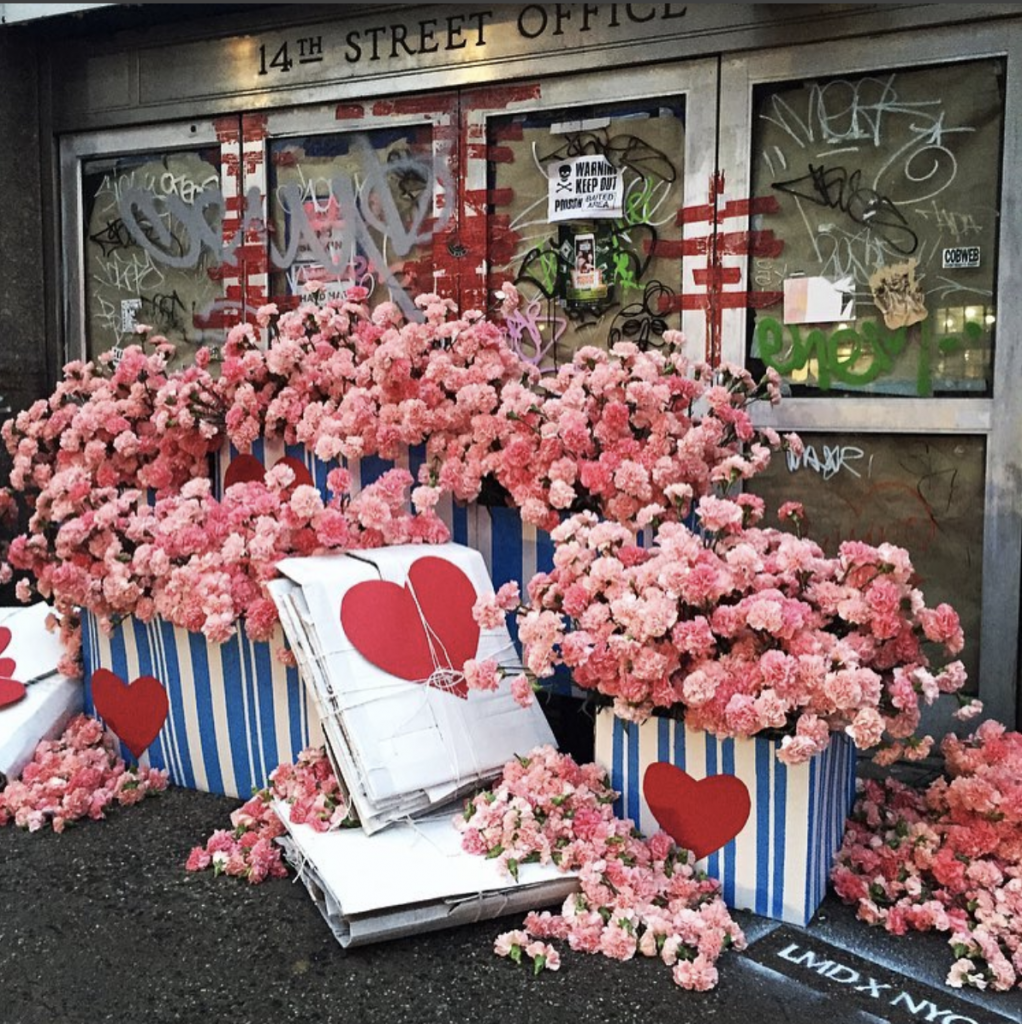 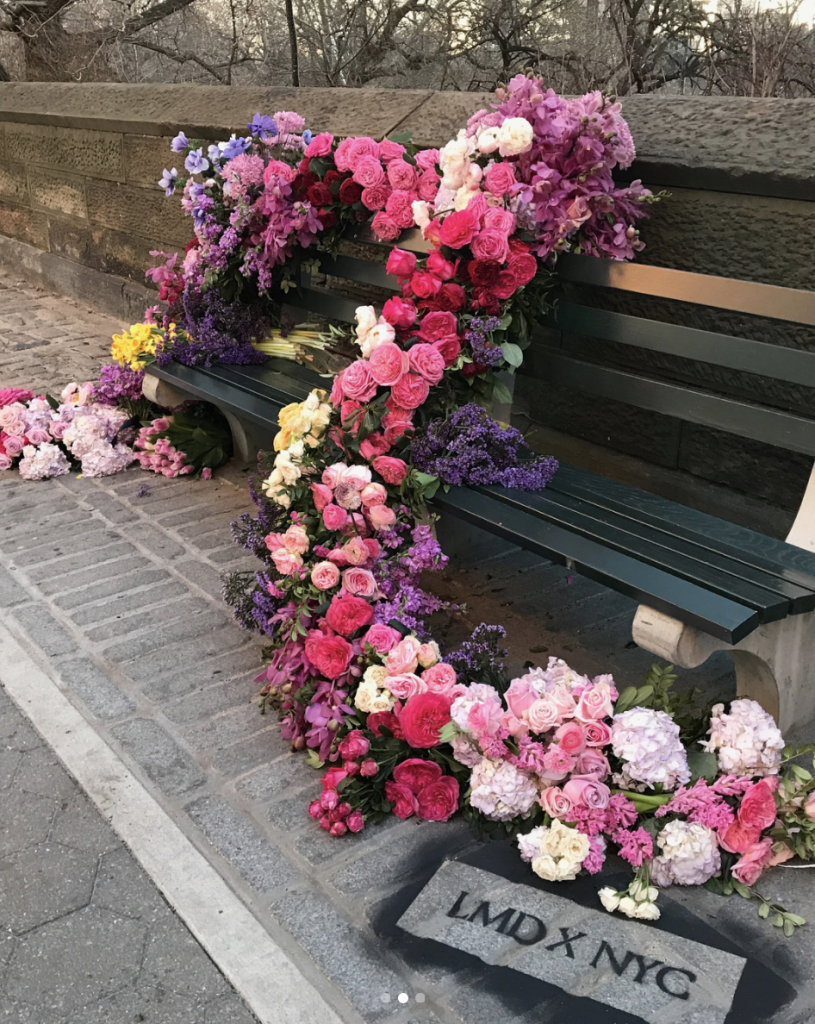 Today, more than ever, gestures such as these can bring us together – even for just a moment.